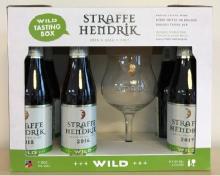 3 years of "Wild" The incredibly popular and delicious Straffe Hendrick Wild is now available in a ‘Tasting box’, in which 3 editions of the Straffe Hendrik Wild, 2015, 2016 and 2017, are together in a pack with a glass. This makes it possible to taste the 3 editions next to each other and see how wild the wilds can be. Very, very limited quantities.

Oude Gueuze is an appellation controlee : its label is protected. It is also known as the champagne of beers, especially as it is only available as a limited edition. Timmermans Oude Gueuze’s special flavour derives from its time-honoured method of preparation. It is a blend of old lambic, which has been aged for three years in wooden barrels, and young lambic which ensures spontaneous fermentation in the bottle. The different lambics are carefully selected by the brewer to obtain a perfect flavour. After it has been produced, Timmermans Oude Gueuze, which is refermented for four months in the bottle, continues to improve for 20 years. 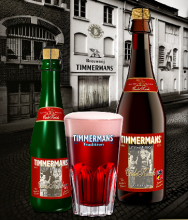 The flavour of Timmermans Oude Kriek, refermented in the bottle, is without comparison. The cherries from which it derives its taste and colour it features traditionally come from Schaerbeek. Slightly acidic and with a wonderful bouquet, this natural and hence unpredictable brew requires careful handling throughout its long maturation period. Created from a blend of old and young lambic, Timmermans Oude Kriek keeps for 12 years. Like Timmermans Oude Gueuze, this is a precious drink, available in a limited edition only ! 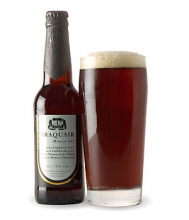 The original ale first brewed in 1964 and now sold all over the world. Perhaps the most distinctive Scottish ales on the market and with its rich dark oakiness, this is a serious winter ale.

WHAT THE EXPERTS SAY "Serious alcohol and fruity malt on the nose and delicous plum pie and vanilla flavours with a little oak and amontillado sherry character" Andrea Gillies World Guide to Beer. (Michael Jackson) 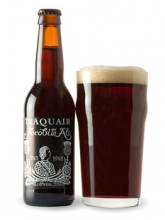 Brewed to celebrate the anniversary of the 1745 Jacobite rebellion and now a permanent addition to the range. "A rich warm biscuit aroma balanced by hops and a herbal note from the coriander ….. a bitter sweet finish with hints of chocolate, winey fruit and coriander." (Roger Protz)

The new masterpiece from the Val-Dieu brewery. A very complex and full-bodied beer with a long aftertaste. The brewmaster advices to cellar the beer for a year for it to unfold its full potential. Beer & Food Pairing: Cheese (buttery; Brie, Gouda, Havarti, Swiss, sharp; Blue, Cheddar) General (Digestive) Meat (Beef, Smoked Meat, Game)